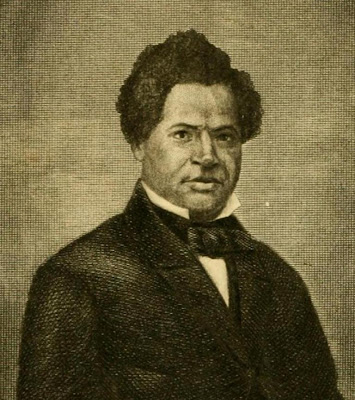 160 years ago on October 1st, a captured fugitive slave named Jerry was freed by a mob of Syracuse citizens. For seven years after that date Central New York abolitionists celebrated the Jerry Rescue with an event that commemorated its importance. In 1859 Gerrit Smith responded to the request of the Jerry Rescue Committee for him to speak with a refusal because people had not maintained the high level of commitment to abolition that the Jerry Rescue had demonstrated.

October 1st, 1851, events in Downtown Syracuse drastically altered the course of the lives of countless Central New Yorkers. As abolitionists battered down the door to a Syracuse police station and freed the fugitive slave Jerry Henry, they embarked on a journey which would span the course of the next decade. The Jerry Rescue was a catalyst for Upstate’s abolition activity from 1851 until the dawn of the Civil War.

Among those who turned the freeing of one man on Clinton Square in Syracuse into mass action were Gerrit Smith and Jermain Loguen. Smith advocated living life to the “Jerry Level” regarding the need for radical action. Loguen took the Jerry Rescue as inspiration to become more active in the Underground Railroad in Central New York. Throughout the 1850s the two men grew more radical every year until, by 1859, civil war seemed inevitable.

On the event’s 160th anniversary, historian John Rudy will share some of the interesting tidbits of research that he unearthed during his thesis preparations, investigate Central New York in the turbulent 1850s, and recognize the enduring memory of the Jerry Rescue. Rudy’s thesis centers around four personalities who had connections to the Rescue. Daniel Webster, in his May 1851 speech in Syracuse which challenged the abolition community, leads off the study. The next chapter centers on Jermain Loguen, Syracuse’s “King” of the Underground Railroad. Third is a discussion of Gerrit Smith’s disillusionment with the Upstate abolition community over the course of the 1850s, and his eventual alliance with John Brown. The final chapter discusses Samuel May and the “death” of the Jerry Rescue spirit in Syracuse at the coming of the war. It seems that the abolition world, for about ten years, revolved around Syracuse and its personalities – Smith being key among that community of thinkers.

A native of Pompey in Onondaga County, John Rudy has been studying the history of Upstate New York’s abolition community since 2005. John holds a Masters in Applied History from Shippensburg University and a Bachelors in History, with a minor in Civil War Era Studies from Gettysburg College. John currently lives in Gettysburg and works with the National Park Service’s Interpretive Development Program in Harpers Ferry, WV, creating training materials for park rangers across the entire park system.

Photo: Jermain Wesley Loguen of Syracuse was one of the primaries in the rescue of Jerry McHenry from a jail in Syracuse on October 1, 1851.