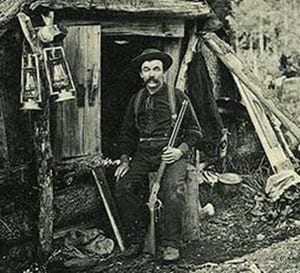 The Herkimer County Legislature has named Friday “French Louie Day” in honor of the noted French-Canadian Adirondacker Louis Seymour. A celebration is planned for Saturday in the Town of Inlet.

Friday marks the 100th anniversary of the death of Seymour, who made the wilderness between Inlet and Lake Pleasant his home from the 1860s until his death in Newton’s Corners (now Speculator) on February 27, 1915. Seymour’s name became legend after the 1952 biography Adirondack French Louie: Life in the North Woods by Utica author Harvey Dunham, which portrayed him as a man of hard work, determination and humor. 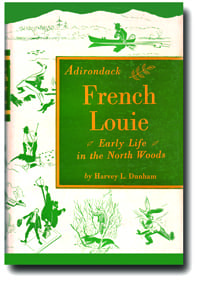 Seymour was born near Ottawa, Canada in 1832 and left home after the death of his mother, eventually crossing the border and taking a job as a driver behind a mule along the Erie Canal. In the 1860s he moved to the Adirondacks where he worked as a lumberjack, trapper, hunter, and guide.

When Seymour died in poverty in 1915, the communities of Arietta and Lake Pleasant split the cost of his burial. His grave went unmarked until 1954 when Harvey Dunham organized a campaign for a headstone, after working to save Seymour’s fireplace from destruction in 1938.

The designation of “French Louie Day” is the response to an effort by Oswego County Legislator Roy E. Reehil, author of a recent book about Seymour and Dunham.

A “French Louie Day” celebration is planned in Speculator on Saturday, February 28th, including a talk by Reehill at Inlet Town Hall, at 11 am. For more information call (518) 548-4521.