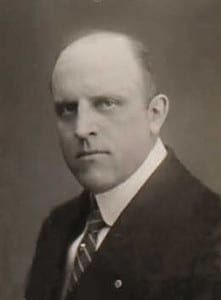 Imagine the drama of the moment: in a courtroom, Edward Perkins battling against the city of Beacon, New York, desperate to win on behalf of his poor family. The charge? They had been cold-heartedly evicted from their apartment by city officials, and for several chilly, rainy June days, he had searched for new housing.

Meanwhile, Edward’s wife and son suffered and his daughter fell ill, presumably from the terrible living conditions. The damages sought (in 1915) were $15,000 from the city, along with $30,000 from the police chief who had deposited all the family’s belongings on the sidewalk. The $45,000 total was equal to $1.1 million in 2015.

The squalor his family had endured was graphically described in court: “Heaps of refuse on the floor, chicken heads, pieces of bones, decayed meats, swarms of flies, and a terrific odor. In another room, live chickens were kept.” There was no bathroom. Indoor residue and an outdoor pile revealed that the slop bucket had been routinely dumped from a window.

When Edward’s testimony ended, the court called Mrs. Perkins to the stand, and that’s when it happened: simultaneously, two women stood. It was the stuff of future movies, but this was reality. Confusion reigned, and Perkins’ wife of several years, the mother of his two children, appeared bewildered.

The other woman, a stranger to all in the courtroom, strode to the witness stand, removed the dark veil that shrouded her face, and identified herself as Mrs. Edward Perkins, having married him 38 years earlier near Glens Falls. Papers were presented proving her claims, and revealing that Ed’s father, a minister, had performed the ceremony. A brother of his was also a minister.

On the stand, Edward had testified to having no criminal record, but the new witness provided proof to the contrary. In short order, Perkins’ lawsuits were dismissed. He was immediately arrested and jailed for perjury. Bigamy charges were not an option—the statute of limitations had recently expired—but charges of adultery were brought by the surprise witness, Mrs. Sarah Perkins, the mother of his first three children, all of whom he had abandoned long ago. 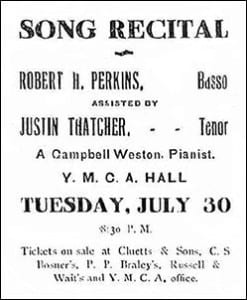 Subsequent court appearances revealed that Edward had once been a carpenter who built houses in the Glens Falls area. But after leaving his family, Ed’s life had gone decidedly downhill. He was jailed for crimes in several counties, had neglected to care properly for his new family in Beacon (near Poughkeepsie), and was said to have been addicted to both drink and drugs. He was so reviled by his own family that when Edward’s father died in 1903, the obituary listed two daughters, two sons, and a daughter-in-law, Sarah, among the survivors. There was no mention of Edward, nothing to acknowledge that he had ever existed.

Clearly he had made many bad choices in life. But Sarah had taken a different path after abandonment, somehow raising the three children on her own in Glens Falls. With such a difficult childhood, it would be no surprise if they went on to lead troubled lives. But with Sarah’s guidance, two of them did just fine, and a third was hobnobbing with European royalty at the very time Sarah was facing Edward in court.

Robert Henry Perkins, born in November 1880, was the oldest of Edward and Sarah Perkins’ offspring. Into his teen years, Robert’s pleasant singing voice was evident, but he remained just one of several capable children who sang at school events and in the church choir.

Difficulties in the Perkins family were ongoing, and when Robert was 16, they became public knowledge with Edward’s arrest for failing to support his family, leading to four months in the Albany penitentiary. Sarah and the children struggled, making a go of it when Edward finally abandoned them entirely and left the area.

At the age of 20, Robert joined the Eighteenth Separate Company, the local citizen militia under the auspices of the Glens Falls armory. He scored well in rifle marksman tests, and in 1902 was appointed a squad leader. When funerals were held for military men, the Eighteenth provided a presence, including a small group of singers led by Robert. He sang regularly at burials, and began performing solos in a variety of venues for groups like the Maccabees, the YMCA, and the WCTU.

His talent was obvious, but to take it further, professional training was needed. Around 1905, he left Glens Falls and moved to New York City, where earnest studying was soon followed by a trip to Europe. Top American singers often made the journey, not only to perform, but to learn the intricacies of stage presence from the masters.

Two years later, after coming home to New York City in 1907, Perkins was signed by the Jose Van Den Berg Opera Company. The Brooklyn Daily Eagle described him as an “able basso who has just returned from foreign triumphs.”

His homecoming performance before a large crowd at Ordway Hall in Glens Falls was triumphant as well. He soon headed west, and a year later, the Morning Star (Glens Falls) noted that Perkins was “delighting the audiences” in Denver, Colorado, where he quickly became a crowd favorite.

“A baritone of splendid voice … magnificent basso well known to Denver music lovers … sang gloriously,” were among his reviews in city newspapers. In 1909, Denver’s Sunday News Times called him “one of the best baritones in the country.”

But he was still learning and had chosen a demanding path: to master and perform the most difficult operatic solos. Following two years in Denver, marked by successful performances and mingling with the social elite, Robert and his wife Margaret (they married in 1908) returned to New York in summer 1910.

Next, the road to fame.