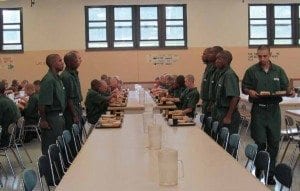 The freedom education and human rights project John Brown Lives! (JBL!) is sponsoring a series of summertime lectures by prison historian C. Jefferson Hall on the historical backdrop, the role of nature, and some of the broader implications of the June 2015 escape of Richard Matt and David Sweat from Dannemora’s Clinton Correctional Facility.

Hall’s talks are part of The Correction, JBL!’s ongoing series of programs and events designed to engage North Country communities in conversation about the impacts of mass incarceration and the need to re-imagine the criminal justice system and local economies.

Hall will explore different aspects of the North Country’s contested carceral landscape in the following distinct talks, from Saranac Lake to Plattsburgh to Whallonsburg:

For three weeks in June, the Adirondacks’ natural environment provided refuge for Richard Matt and David Sweat and stymied law enforcement efforts to put them back in prison. However, nature’s starring role in the most recent escape drama obscures a much deeper and more complex historical relationship between North Country prisons and the local environment. Join us for a conversation on lessons we might learn from the environmental history of mass incarceration in northern New York. 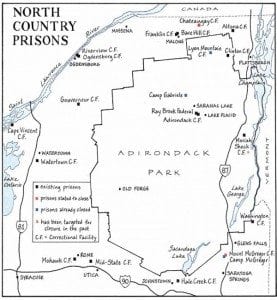 The escape of Richard Matt and David Sweat sparked a long-needed inquiry into the practices and operations at Clinton Correctional Facility. Heads have rolled, but it remains to be seen what types of sustainable and long-lasting reforms might come from this episode. Join us to discuss what types of reforms are needed, what is possible, and how history might guide us toward creating a more functional and humane criminal justice system.

The June 2015 escape drama at Clinton Correctional Facility revealed significant gaps in the public’s understanding of the long history of prisons in northern New York. Since knowledge of the past is instrumental to crafting more effective policies and creating a better future, it is important to consider why these gray areas exist and how we might integrate correctional services into the canon of Adirondack history. 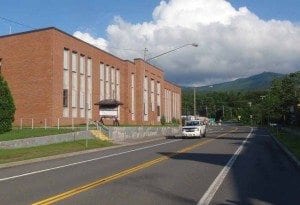 Currently a Professor of History at Queensborough Community College, Hall grew up in a North Country Corrections’ family, and earned a Ph.D. in History from Stony Brook University. During the search for Matt and Sweat, he was featured in major national media outlets, including The New York Times, the Associated Press, National Public Radio, NBC Nightly News, Canadian Television, CNN, and MSNBC, among others.

All lectures are free and open to the public. The North Country Underground Railroad Historical Association and The Whallonsburg Grange Hall are co-sponsors of Hall’s Correction talks.