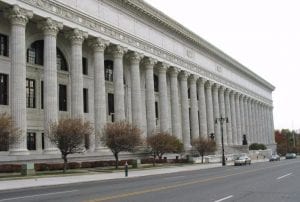 Did you know that there is a Regents Museum Advisory Council? It reports to the Regents Cultural Education Committee. There is a story to be told about this advisory council and its meaning for the history community.

Back on January 6, 2012, Jeff Cannell, the former Deputy Commissioner of Cultural Education, sent a letter to the Regents Cultural Education Committee proposing the creation of an advisory council. The Regents Rules provided for such a council and Cannell now sought to officially request that it be created:

Members serve by appointment by the Commissioner with approval by the Board of Regents. Members serve for a maximum of five years. The council offers advice and consultation on issues of policy and service delivery pursuant to the Board’s statutory mandate to operate the State Museum and oversee museums across New York State.

There were to be 11 people on the advisory council with staggered terms. It was intended that the council be given the resources necessary to do its job.

The responsibilities of the proposed advisory council outlined in Cannell’s letter are listed below. Pay special attention to the highlighted items.

Monitor and Advise. The Regents Advisory Council on Museums will monitor and advise on education programs, funding opportunities and operations of the State Museum as well as policies, long-range plans, legislative proposals and regulations affecting museums and historical societies. The Advisory Council will also monitor and advise on Federal policies regarding museums and historical societies.

Advocate. The Regents Advisory Council will act as an advocate for museums, museum staff, and museum trustees. The Council will coordinate advocacy for Regents Initiatives with SED/OCE programs.

Looks pretty good doesn’t it. I confess that I have not been part of the “effective communications” process nor witnessed to the advocacy of the council. I am sure that it happened and it just must be that I am not in the loop.

Flashing ahead, I just extracted the following from the MANY website.

After repeating the information noted above from Cannell, the website lists members of the council after Regents approved Cannell’s request [bold added]:

Even without doing much research, I suspect this MANY website list derives from the initial creation of the advisory council in 2012 following Cannell’s request. Since the New York State Historical Association no longer exists and Catherine Gilbert has been succeeded first by Devin Lander and now Erika Sanger as MANY Executive Directors, this list is obsolete. Since it was the only list on the MANY website, it does not suggest an active advisory council, an ongoing update of the list, or both.

Parallel with these events, State Legislator Steve Englebright was seeking to make sense of history organizations at the state level. His first effort was to reorganize the various history-related departments to in effect create a substantial equivalent of the Office of State History which had once existed. That effort went nowhere. He then sought to create an advisory council. I attended the History Roundtable he convened in Albany on May 29, 2014, and wrote about it.

After sending out a notice about the upcoming meeting to the history community, some people in the Albany area did attend. Cannell was there along with Regent Roger Tilles of the Cultural Education Committee. Devin Lander in his last day on Englebright’s staff attended and then after the weekend become the MANY Executive Director. Needless-to-say, these efforts went nowhere.

More recently, Cannell left the position of Deputy Commissioner. The efforts to fill that slot (along with the creation of a state historian position) were the subject of some posts on May 24, 2016, and June 2, 2016.

In April, Mark submitted a letter to the Cultural Education Committee on the subject of appointments to the Regents Advisory Council on Museums.

Does the Board of Regents approve of the Commissioner’s recommendation to reappoint three members and appoint five new members to fill vacancies on the Regents Advisory Council on Museums?

Current members of the council include [Note – not vacant or staggered]:

The names in bold represent changes from the original 2012 list so evidently there has been some movement in the intervening five years. This time around, the MANY Executive Director was not included. One does wonder what exactly the advisory council had done for the previous five years. Is that information public?

Over the summer, the proceedings became a little trickier as an effort was undertaken to expand the museum advisory council and standardize the numbers with the library council. The increase was unanimously approved at the May 8th meeting. That effort involved a 45-day public comment period starting in August with a November 1 target date for implementation.

On August 25, MANY submitted a public comment on the Amendment of Section 3.12 of the Rules of the Board of Regents relating to the Members of the Museum Council and the Library Council.

We strongly support this amendment that will increase the number of members on the Museum Advisory Council from five to fifteen. [Note – I thought it was from 11 but I may have missed something along the way.] As recognized by the Board of Regents, New York’s chartered museums are an integral part of New York State’s Education Department. This increase is an important step towards a broader representation by museum location, size, and type of collection. A greater number of voices from New York’s cultural community will help shape and inform the work of the State Education Department and move the Council towards a more accurate reflection of the diversity of our state.

On October 5, Schaming submitted to the Cultural Education Committee a request to appoint the first of the new members to the Regents Advisory Council on Museums for a five-year term beginning November 1, 2017:

The appointment was approved at the October 17 meeting. It now being November, I presume she has now joined the Regents Advisory Council on Museums.
Now let’s return to some of the questions previously suggested and perhaps which have occurred to readers of this post.

It’s great to know that there is a Regents Advisory Council on Museums but I can’t help but wonder how many people in the history community even know that it exists and what it has actually accomplished.