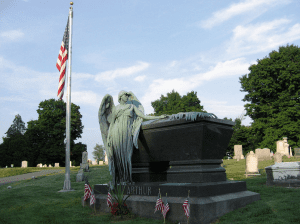 On Saturday, October 5, the historic Albany Rural Cemetery will honor the 21st President of the United States, Chester A. Arthur, with a wreath-laying ceremony at his gravesite.

The wreath is provided by the White House. Brigadier General John Andonie and Chaplain (LTC) Scott Ehler, NYS Army National Guard Brigadier General, are expected to place the wreath at the grave this year. Historian and author David Pietrusza will deliver remarks on President Arthur. Members of the Col. George. L. Willard Camp #154, Sons of Union Veterans of the Civil War will also be present and, as in previous years, bagpipers will accompany the ceremony. 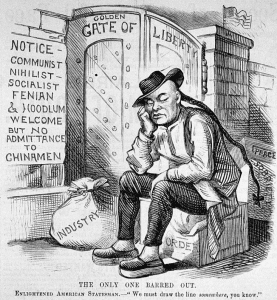 Born in Fairfield, Vermont on October 5, 1829, Arthur was a graduate of Union College and an educator in several local schools. As an attorney, he helped represent Elizabeth Jennings Graham, an African-American teacher, in the 1854 case to desegregate New York City’s streetcars. During the Civil War, he served as Quartermaster General of the New York State Volunteer Regiments.

Arthur also presided over the dedications of the Washington Monument and Brooklyn Bridge. His reforms and modernization of the Navy earned him the title “Father of The American Navy.” After his term ended, he returned to private law practice in New York City. He died on November 18, 1886. He was interred beside his wife, Ellen Herndon, in her family’s plot at Albany Rural Cemetery. The Arthur monument was designed by NYC sculptor Ephraim Keyser. It was erected in 1889.

The placement of wreathes at the final resting places of past Presidents is a longstanding tradition. Each year, on the anniversary of their birth, wreaths of red, white, and blue flowers are provided by the White House and placed at Presidential gravesites across the country by the various branches of the U.S. Military on a rotating basis.

This event is free and the public is invited to attend. The ceremony begins at 11 am in Lot 8, Section 24. There will be signs directing people to the event.

Photos, from above: Grave of Chester Arthur at the Albany Rural Cemetery courtesy Wikimedia user Postdlf; and A political cartoon from 1882, criticizing Chinese exclusion.