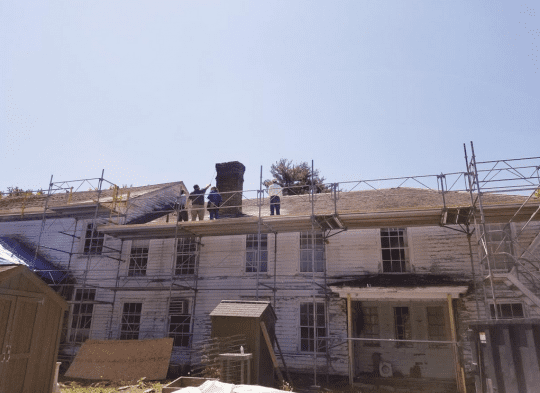 The Pavilion is a National Historic Landmark house located near Lake Champlain on the grounds of Fort Ticonderoga.

It was built in the late 1820s for William Ferris Pell and later used as a hotel, which hosted the likes of Robert Todd Lincoln, William Howard Taft and suffragist Alice Paul. Fort Ticonderoga Museum founders Sarah and Stephen Pell restored the Pavilion in 1909.

Fort Ticonderoga has recently been awarded $100,000 under the 2019 Adirondack Park Community Smart Growth Grant Program. The money is expected to help support the restoration and adaptive reuse of the Pavilion.