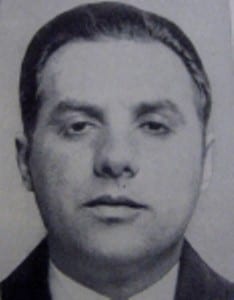 Loch Sheldrake, or Sheldrake Pond, as it was known before many of the ponds in Sullivan County became lakes overnight as part of the late 19th century tourism boom, is one of the deepest bodies of water in the region.

It was a favorite dumping ground for Murder, Inc. when the enforcement arm of organized crime plied its trade in the mountains, and it is believed that at least one of the bodies deposited there has never been found. END_OF_DOCUMENT_TOKEN_TO_BE_REPLACED 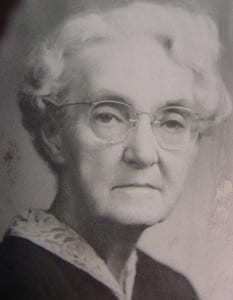 From 1812 – when the New York state legislature authorized the formation of common schools to provide basic educational needs to a community’s students – through the early part of the 20th century, one room school houses made up the greatest part of the education system in Sullivan County.

In 1870, when the county had a population of 34,557, of which 13,635 were of school age, there were 198 school districts here. Those 198 districts employed 196 teachers, handling an average daily attendance of 4091 students. Most of those teachers were women. By 1939, there were 98 school districts in the county, and most had grown beyond the one room school-house. Still, women made up a significant part of the workforce needed to keep these districts running efficiently. END_OF_DOCUMENT_TOKEN_TO_BE_REPLACED 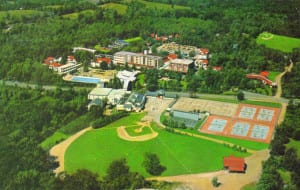 When Harvey Griffin became a member of the Monticello Fire Department in 1875, he was the only African-American living in the village, and one of just a handful in all of Sullivan County.

In 1930, when the population of the county was just over 35,000, and the area stood poised on the brink of its Golden Age, census figures reveal there were 91 African-Americans living here. That’s just over one-quarter of one percent of the population. END_OF_DOCUMENT_TOKEN_TO_BE_REPLACED 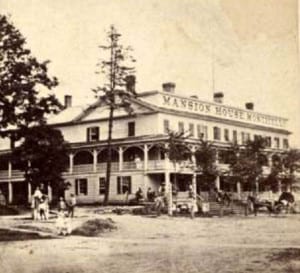 During the night of April 26, 1874, fire broke out in the livery stables of LeGrand Morris’ Exchange Hotel in Monticello, NY. Village residents were roused from their beds to form a bucket brigade to battle the blaze, but were unable to keep it from spreading to, and destroying, the hotel itself. A number of other businesses, including George Hindley’s saloon, Kent’s Barber Shop, Billing’s Flour and Feed Store, and the printing plant of the George M. Beebe’s Republican Watchman newspaper, were also consumed.

Largely because of that fire, the third major blaze in three years to rock the small village of about 900 residents, Monticello organized its first fire department less than a year later. END_OF_DOCUMENT_TOKEN_TO_BE_REPLACED 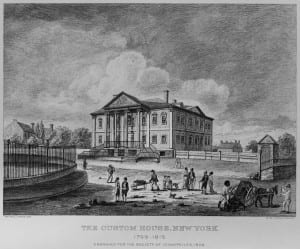 Nearly 400 years ago, in 1626, a ship carrying eleven slaves was unloaded in New Amsterdam by the Dutch West Indies Company. Those eleven men are believed to be among the first African-Americans brought to what is today New York State.

Attempting to pinpoint when the first African-Americans arrived in Sullivan County, NY is considerably more difficult. There are a number of plausible scenarios, and the evidence supporting any one of them is sketchy at best. A stronger case can be made for the first man of African-American descent to own property there.  It was almost certainly Phineas Booth of the town of Neversink. END_OF_DOCUMENT_TOKEN_TO_BE_REPLACED 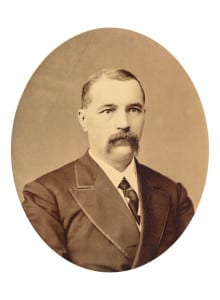 It was Saturday, January 26, 1895, and throngs of mourners were gathered at the Church of the Incarnation in Manhattan for the funeral of one of America’s most prominent doctors.

Dr. Alfred Lebbeus Loomis, who had revolutionized the way tuberculosis was treated in this country, had died on January 23rd, just two days after his own personal physician had ordered him confined to bed because of a spiking fever.   Dr. Loomis, diagnosed with tuberculosis some thirty years earlier, had contracted pneumonia, and would never recover.  END_OF_DOCUMENT_TOKEN_TO_BE_REPLACED 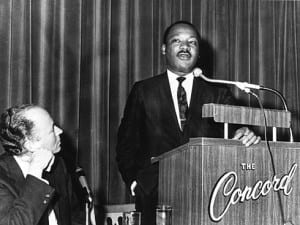 On March 25, 1968 Dr. Martin Luther King delivered the keynote address at the annual Rabbinical Assembly Convention at the renowned Concord Hotel in Kiamesha Lake in the Sullivan County Catskills.  Ten days later he was dead.

King had come to the Concord to address the gathering of conservative rabbis to honor his long-time friend, Rabbi Abraham Heschel, who had accompanied King and others in the historic 1961 march from Selma to Montgomery, Alabama, and who was being feted that might by his colleagues as a belated 60th birthday celebration. As he took the podium following his introduction, King was greeted warmly by those in attendance, who sang the civil rights song, “We Shall Overcome” in Hebrew. END_OF_DOCUMENT_TOKEN_TO_BE_REPLACED 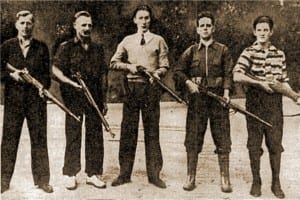 There have long been stories – most of them unsubstantiated – about the activities of the German American Bund in Sullivan County in the years leading up to World War II.

While the activities of that particular pro-Nazi organization in the region may be debatable, there is no question that a small group of men charged with plotting to overthrow the U.S. government and replacing it with a Nazi style dictatorship spent much of the summer of 1939 in Sullivan County. END_OF_DOCUMENT_TOKEN_TO_BE_REPLACED

During the summer of 1939, a small group of men from out of the area rented a camp just outside Narrowsburg, a small community on the Delaware River in Sullivan County, where they spent most of their time shooting rifles. Their need for such extensive practice was understandable; locals who observed the target practice described the men’s aim as “plumb awful.” END_OF_DOCUMENT_TOKEN_TO_BE_REPLACED

The hamlet of Long Eddy has a rich and colorful history, including a few years in the 19th century when it was known as Douglas City, the only incorporated city ever in Sullivan County. It also has a captivating link to the Franklin Delano Roosevelt White House – a connection made even more fascinating in that it was kept secret for more than forty years. END_OF_DOCUMENT_TOKEN_TO_BE_REPLACED