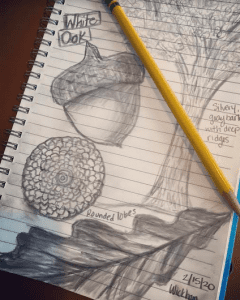 There are numerous physical and mental benefits of exploring and connecting with nature. Often though, we are so eager to get on the trail and reach a destination, that we miss the details along the path – and the details can often make the journey more meaningful.

One way to help slow your pace and deepen your connection with nature is to start a journal. Nature journaling requires you to take pause, observe the wildlife, plants, or scenery around you, and record what you see through a combination of notes and sketches. END_OF_DOCUMENT_TOKEN_TO_BE_REPLACED

Before long it will be three hundred years ago that James Franklin started printing the combative New-England Courant, employing his younger brother Benjamin as an apprentice. It set a precedent for independent newspaper publishing in the English colonies.

Demands for freedom of the press were ignored and the paper was suppressed in 1726 – but once ink starts flowing, autonomous thinking cannot be reversed. END_OF_DOCUMENT_TOKEN_TO_BE_REPLACED 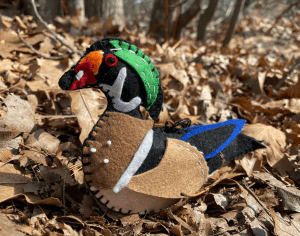 As we navigate the uncertainty surrounding the spread of COVID-19, Lake Placid Land Conservancy (LPLC) has offered some suggestions on ways to enjoy the outdoors from inside your own home or yard.

END_OF_DOCUMENT_TOKEN_TO_BE_REPLACED

Back at the Cabin

Performer and teaching artist Dave Ruch will be live on Facebook each week for a 30-minute live program of songs, stories, history and humor.

Ruch’s “Live From The House” series explores some of the music that our ancestors sang and played (and passed down through the generations) for their own entertainment before the age of record players and radios. END_OF_DOCUMENT_TOKEN_TO_BE_REPLACED 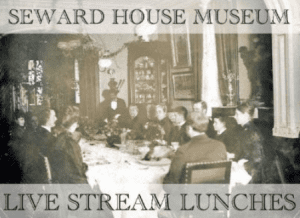 The Seward House Museum has announced a new Facebook Live series, which provides a look at the Museum’s art collection during this time of social distancing. END_OF_DOCUMENT_TOKEN_TO_BE_REPLACED 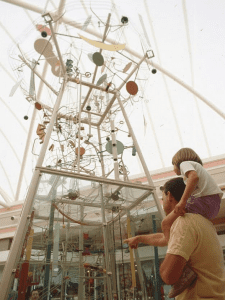 The Salmon Run Mall in Watertown, NY is home of a fancy, frilly, frivolous contraption that has attracted admirers since the mall opened its doors in 1986. Generations of families have grown up watching balls move through mazes of tunnels, striking bells and bouncing through barriers. END_OF_DOCUMENT_TOKEN_TO_BE_REPLACED 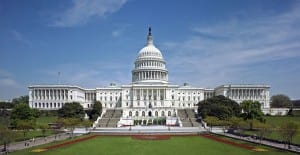 The Museum Association of New York is working with the American Alliance of Museums and other museum associations to make the case for museums in this time of crisis. New York State’s museums contribute $5.37 billion to the NYS economy and support over 61,000 jobs.

Museums of all sizes and disciplines are closed. Everyone will experience extensive loss of earned income from restricted attendance and canceled events. Museum advocates say some museums have laid off their entire staffs and at least one in the Capital Region has closed permanently. END_OF_DOCUMENT_TOKEN_TO_BE_REPLACED 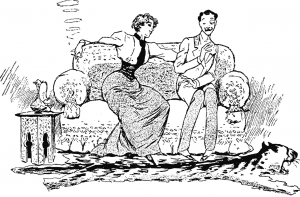 In November 1890 an exhibition took place in the exclusive rooms of the Grolier Club of bibliophiles and print collectors at no. 29 East 32nd Street, Manhattan. The exhibit included one hundred mainly French posters and book covers (only seven were by American artists). This, the first public show of Continental posters in America, generated a keen interest in this peculiarly Parisian phenomenon of commercial art. END_OF_DOCUMENT_TOKEN_TO_BE_REPLACED

The Thomas Cole National Historic Site has opened a new exhibition: Worlds Between: Landscapes of Louis Rémy Mignot. Curated by Katherine E. Manthorne, this is the first major solo show of Louis Rémy Mignot (1831-1870) in over two decades. The exhibition will offer an intimate look at the work of this young, Charleston-born artist who painted in the style of the Hudson River School – and whose tragic life story is as captivating as his landscape paintings.

In this exhibition the Thomas Cole National Historic Site offers a rare chance to see a full range of Mignot’s work. The catalogue produced for the exhibit includes full-color reproductions of the paintings and an essay by Dr. Manthorne. Guest Curator Katherine Manthorne brings her expertise on traveler artists to the exhibition and accompanying catalog, which offers a fresh look at Mignot as a painter whose global journeying fed his unique artistic creativity.

Specifically, at the Thomas Cole National Historic Site one may view Mignot’s early Dutch landscapes, subtly nuanced snow scenes, coloristic Tropical landscapes, and painterly European pictures. To celebrate the legacy he inherited from Thomas Cole, the exhibition highlights Mignot’s distinctive views of upstate New York and the Hudson River Valley. In many ways, the gallery at the Cole Site offers the perfect venue for this artist living between worlds.

Louis Rémy Mignot (1831-1870) lived between many worlds: he was a Southern artist living in New York City in the years leading up to the Civil War; a French-Catholic, he worked within a predominantly Anglo-Protestant community of artists; he traveled from the American South to South America, and painted both subtle snow scenes and fiery tropical pictures. He belonged to the inner circles of polar opposites – Frederic Church and James Whistler; and in his all too short career, his style moved from Hudson River School realism toward Aestheticism.

His art and life embodied the mobility that characterized the 19th c. Atlantic world, as he moved from one busy, cosmopolitan port to another. Mignot grew up in Charleston, S.C., where the slave-holding Low Country planter elite frequented his father’s coffee house and confectionary on King Street. At age 17 he traveled to The Hague in the Netherlands for artistic training, and then moved to New York City. From there he visited tourist sites from New York’s Hudson Valley to the White Mountains in New Hampshire. In 1857 he explored South America, painting the steamy lowlands and lagoons that rivaled the Andean panoramas of his traveling companion Frederic Church.

With the outbreak of Civil War, his southern identity and world experiences made it difficult for him either to remain in the North or to return home to Carolina, and he took up his travels again. Mignot never reached his intended destination of India, but got as far as London. Ever restless, he spent summers in the Swiss Alps and headed for Paris in 1870, where he was trapped during the Commune and contracted small pox. He died at age 39, leaving behind one of the most diverse and sophisticated bodies of work of any American landscapist.

This is the 9th annual presentation of 19th century landscape paintings at the Thomas Cole site. The exhibition program seeks to foster discussion and understanding of the influence of Thomas Cole on American culture through a generation of artists known as the Hudson River School. Worlds Between – Landscapes of Louis Rémy Mignot will be on view until October 28, 2012.

DIRECTIONS: The Thomas Cole Historic Site is located in the scenic Hudson River Valley, at 218 Spring Street in Catskill, New York. Located near the western entrance to the Rip Van Winkle Bridge, with easy access from the New York State Thruway exit 21 or Amtrak train service in Hudson, detailed directions and more information can be found at www.thomascole.org or call 518-943-7465.

HOURS: Starting May 3rd, the Main House and Old Studio are open for tours from 10 to 4pm, with the last tour at 3pm, Thursday through Sunday, through October 28th. Admission to the grounds is free and open dawn until dusk.