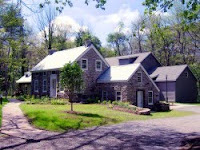 Fans of Adirondack history will want to check out the Adirondack Chronology. The Chronology is a project of the Protect the Adirondacks!’s Adirondack Research Library at the Center for the Forest Preserve in Niskayuna. The Chronology consists of a chronological listing of significant events (natural or human-made) over the years and centuries, back to prehistoric times, that have taken place directly in the Adirondacks or which directly impacted the Adirondacks. The document, available as an online pdf, stretches to more than 300 pages and covers everything from the Big Bang (15 billion years before present) to a sunspot cycle in 2012 and 2013 that is predicted to causing major impacts on global electronics. The Chronology also includes an extensive and useful bibliography of relevant sources.

The Chronology is easily searched using the pdf search function, making it one of the most important documents for Adirondack history. Here is a short description of some of the kinds fo things you’ll find there from the Chronology’s introduction:

The Adirondack Chronology deals with all aspects of the Adirondack region to best suggest the various causal processes at work; several examples: forest exploitation leading to forest fire, in turn leading to protective legislation; trails of the Haudenosaunee leading to roads fostering development and then protective legislation, and so on. Crucial events also often occur well outside of the Adirondack region, e.g. invention of the snowmobile, the building of coal burning plants in the Mid-West, the growth of nickel-copper smelting in the Sudbury region of Ontario, the explosion of Mt. Pinatubo in the Philippines, federal and state legislation, the introduction of the European Starling in New York City, the painting of a great picture or the writing of an inspirational poem.

The Adirondack Research Library holds the largest Adirondack collection outside the park boundaries. The library’s collections include maps, periodicals, technical reports, photos, slides, video and audio tapes, and archival materials from prominent Adirondack conservationists of the 19th and 20th centuries.

Photo: The Center for the Forest Preserve, located in Niskayuna, NY, is owned and operated by Protect the Adirondacks!

A talk entitled “Steinbeck’s Wrath, 1936-1939: The Santa Clara Valley Years” will be given by noted author and Steinbeck authority Susan Shillinglaw on February 5 from 7-9 PM. The event will be held at the Foothill Club of Saratoga Springs (20399 Park Place) and is a fundraiser for the Saratoga History Museum (SHM). The cost will be $15 for SHM members, $20 for nonmembers. To purchase a ticket, call (408)255-1883 during regular business hours. Coffee and dessert will be served. 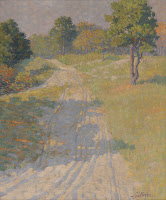 The Hyde Collection in Glens Falls has announced its 2010 Exhibition Schedule. This year’s schedule includes American Impressionist landscape paintings, twentieth-century Modern art, a regional juried high school art show, a major exhibition of the work of Andrew Wyeth, and the museum will also play host for the first time to the long-running Artists of the Mohawk-Hudson Region, an annual juried show founded in 1936. The complete schedule from the Hyde Collection announcement is below. END_OF_DOCUMENT_TOKEN_TO_BE_REPLACED 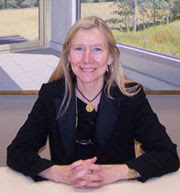 “Giovanna Peebles has served the people of Vermont as State Archeologist since 1976. Her long experience in this field and in historic preservation overall, as well as her passion for our state’s extraordinary heritage, makes her well-qualified to take over as State Historic Preservation Officer for Vermont.” END_OF_DOCUMENT_TOKEN_TO_BE_REPLACED

The Adirondack Museum at Blue Mountain Lake, in Hamilton County has received a grant in the amount of $4,253 from the New York Newspaper Foundation in support of microfilm services in the museum’s research library.

According to Librarian Jerry Pepper, the funds will underwrite the partial cost of preserving twelve newspapers published in the Adirondack Park over the next two years.

Since 2003 the museum has collaborated with the Northern New York Library Network to increase research access to its microfilmed newspapers and make them available for use on the Internet.

The project, called the Northern New York Historical Newspapers Project, has digitized and electronically indexed 1,693,000 individual pages from forty-four newspapers in the region. The initiative has proven to be a great asset to those interested in the region’s unique history: over 12 million online searches of the site are conducted annually.

The Adirondack Museum is grateful for assistance with preparation and submission of the successful grant proposal from John Hammond, Director of the Northern New York Library Network, and Catherine Moore, Publisher of the Adirondack Daily Enterprise.

“Healing the Wounds of War: The Brooklyn Sanitary Fair of 1864” is the title of an exhibition that will run January 29th to October 17th at the Brooklyn Museum (Elizabeth A. Sackler Center for Feminist Art, Herstory Gallery, 4th floor). The exhibit will present a selection of artworks and historical objects celebrating the contributions of women to the mid-nineteenth-century Sanitary Movement, which organized Sanitary Fairs in major cities in the Northeast to raise money for the Civil War effort. Although the U.S. Sanitary Commission was headed by men, most of its work was accomplished by thousands of women volunteers. In Brooklyn, women’s organizations orchestrated the hugely successful Brooklyn and Long Island Sanitary Fair.

Highlights of the exhibition include a rare doll made by a young woman named Eliza Lefferts and sold at the Brooklyn Sanitary Fair in 1864; engravings created by Winslow Homer; and the rare book History of the Brooklyn and Long Island Fair, February 22, 1864. The Herstory Gallery is dedicated to exhibitions that elaborate on the lives and
histories of the 1,038 women who are named in Judy Chicago’s The Dinner Party, installed permanently in the adjacent gallery. Represented on The Dinner Party table is Dr. Elizabeth Blackwell, the country’s first female physician and a dedicated pioneer of the Sanitary Movement.

The exhibition has been organized by Catherine Morris, Curator of the Elizabeth A. Sackler Center for Feminist Art, Brooklyn Museum.

Photo: “Brooklyn Sanitary Fair, 1864. View of the Academy of Music as seen from the stage.” Brooklyn Public Library. Brooklyn Collection.

The Farmers’ Museum in Cooperstown will provide an entertaining way for kids to spend part of their February break by offering a 3-day, circus-themed workshop entitled “Under the Big Top.” The workshop is designed for kids ages 10-14 and will take place from 9:00 a.m. to 3:00 p.m. each day (February 16, 17, and 18) at the Museum. This workshop will help kids discover the fascinating background of circuses and sideshows in New York State and throughout America.

Each day will feature history, art, games, and a chance for children to express their acting talents! Participants will see actual pieces of circus history, learn about clowns and their acrobatic antics, and even take part in a performance.

The cost for the 3-day workshop is $150 for NYSHA members and $200 for non-members. To register or to get more information, contact Karen Wyckoff at 607-547-1410. Circus-themed snacks will be provided but participants are asked to bring a bag lunch each day.

In 2006, the Adirondack Center for Writing (ACW) established the Adirondack Literary Awards, a juried awards program that honors books published in or about the Adirondacks in the previous year. Now one of the most popular annual events of ACW, this year’s deadline is March 8, 2010. Those wishing to submit a book published in 2009 to be considered for an award should send two copies of the book to Director Nathalie Thill, at the ACW office with a brief cover letter including author’s contact information and description of the book’s “qualifications.” Is the author from the Adirondack region, or is the book about or influenced by the Adirondacks in some way?

The cover letter should also name which category the author would like the book to be judged under: fiction, poetry, children’s literature, memoir, nonfiction, or photography. There is no entry fee. Do not include a SASE; books cannot be returned but will become part of reading rooms or libraries. The mailing address is: Adirondack Center for Writing, Paul Smith’s College, PO Box 265, Paul Smiths, New York 12970. Questions may be directed to Nathalie Thill at ACW at 518-327-6278 or info@adirondackcenterforwriting.org.

Winners will be recognized at an awards ceremony to be held in June (date TBA via ACW website) at the Blue Mountain Center, which donates space and resources for the event. In addition to awards in each category mentioned above, there is a People’s Choice Award as part of this festive program. For a complete list of 2009 award winners, please check out the ACW Newsletter/Annual Report at our web site, www.adirondackcenterforwriting.org. Most of the books considered for awards are made available for purchase at the ceremony by the authors, and they are happy to sign their books.

The Adirondack Center for Writing is a resource and educational organization that provides support to writers and enhances literary activity and communication throughout the Adirondacks. ACW benefits both emerging and established writers and develops literary audiences by encouraging partnerships among existing regional organizations to promote diverse programs. ACW is based at Paul Smith’s College and is supported by membership and the New York State Council on the Arts.