New York State Office of Parks, Recreation and Historic Preservation Commissioner Carol Ash has announced the opening of the “Chattanooga Colors” exhibition commemorating the 145th anniversary of the Civil War battles of Chattanooga, Tennessee. The flag exhibit will be on view in the New York State Capitol in Albany through September 2009.

“Chattanooga Colors” is the ninth installment in the New York State Battle Flag Preservation Project Capitol exhibition series, which highlights the ongoing collaboration between the New York State Office of Parks, Recreation and Historic Preservation and the Division of Military and Naval Affairs to preserve and properly store the state’s 1,900 battle flags. Many of the 850 Civil War flags in the state’s battle flag collection incurred damage in battle. At the end of the war, the flags were furled on their staffs and placed in glass cases in the Capitol. Nearly a century and a half of poor storage subjected the flags to the harmful effects of humidity, light, gravity, and temperature variance.

The exhibit showcases six battle flags carried by volunteer regiments from throughout the State of New York that served during the battles for Chattanooga, Tennessee, and includes a small Unites States flag made by a group of women in eastern Tennessee who concealed the banner in a tea pot to prevent its capture by the Confederates. Flags carried by the 60th Infantry, 136th Infantry, 137th Infantry, 143rd Infantry, 154th Infantry and Battery I, 1st Artillery are included in the exhibit. Over 3,700 citizen soldiers followed their colors to faraway battles in Tennessee.

Each flag within “Chattanooga Colors” has been conserved and prepared for exhibition at State Parks’ Peebles Island Resource Center as part of the New York State Battle Flag Preservation Project. Since 2000, the Flag Project has conserved and properly stored over 500 flags carried into battle by New York State regiments. The New York State Military Museum in the Saratoga Springs Armory is the permanent home of New York’s battle flag collection.

The Adirondack Museum has announced that it will offer a series of online exhibitions created especially for people who are unable to visit Blue Mountain Lake. Web exhibits can be found on the Adirondack Museum’s web site at www.adirondackmuseum.org.

December marks the launch of “Adirondack Rustic: Nature’s Art, 1876-1950,” the first web exhibit. The new online feature offers artifacts, text, and historic photographs from the special exhibition that shared the multi-faceted story of Adirondack rustic traditions and charmed museum visitors throughout the 2007 and 2008 seasons.

The web exhibit examines the rich history of Adirondack rustic in three units that examine furniture and designs inspired by wilderness, share stories of local men who hand crafted rustic furniture, and explore the lives and influence of wealthy Gilded Age railroad magnates who designed and built elaborate Great Camps.

The virtual exhibition is lavishly illustrated with images of rustic furniture and historic photographs from the museum’s extensive collections. The museum’s Chief Curator Laura Rice and Web Coordinator Erin Barton developed the content of the online exhibit.

In 2009 the museum will introduce “Common Threads: 150 Years of Adirondack Quilts and Comforters” as a companion piece to the special exhibition of the same name that will open at the museum on May 22, 2009.

The State University of New York at Plattsburgh will host the 2009 Conference on New York State History, an annual meeting of academic and public historians, librarians and archivists, educators, publishers and other interested individuals who come together to discuss topics and issues related to the people of New York State in historical perspective and to share information and ideas regarding historical research, programming, and the networking of resources and services. The conference will be held June 4-6, 2009. END_OF_DOCUMENT_TOKEN_TO_BE_REPLACED 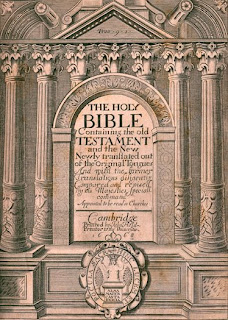 As a holiday historical treat (of sorts) I’d like to point readers to two recent posts over at Varnam, which describes itself as “a blog about history, archaeology and current affairs with focus on India.” The author recently reviewed the archeological / historical evidence for the bible following the two-hour NOVA documentary, The Bible’s Buried Secrets

It’s an interesting read for the holiday season: Part One, Part Two.

SUNY Press is proud to announce a new competition for the best single-authored dissertation or first book manuscript in the field of early American Ethnohistory – The Francis Jennings First Book Manuscript Prize in Early American Ethnohistory. They welcome unpublished, nonfiction manuscripts that illuminate American Indian history or the history of Indian-European relations in what is now the United States and Canada from the time of initial contacts between American Indians and Europeans through the era of the early republic United States, ca. 1800. The competition is open to scholars who have not published a peer-reviewed book and whose work is grounded in cultural and/or cross-cultural analysis using ethnohistorical research methodology.

If a winner of the competition is selected, he or she will receive a publication contract with SUNY Press and a $3,000 advance. Non-winning manuscripts may also be considered for publication in the Ethnohistories of Early America series published by SUNY Press. All submissions must be postmarked by July 1, 2008, and should include a cover letter, C.V., proposal, including a 4-5 page overview of the scope of the project and analysis of competing titles, and a complete manuscript, at least 150 double spaced pages, Courier font.

Submissions should mention the competition in the cover letter, and also indicate if any material from the manuscript has been previously published. All submissions must be exclusive submissions to SUNY Press for the duration of the contest, and finalists will be notified by September 1, 2008.

Please send all submissions to:

Direct all questions to:

With funding from the Nederlandse Taalunie, Wijne de Groot, lecturer of Dutch at Columbia University is holding a weekly workshop on Reading 17th Century Dutch Texts in Spring 2009. The workshop will be held each Thursday at during the Spring Semester.

The workshop is open to all graduate students and researchers who have reading knowledge of Dutch or German. In past years there has been an eclectic mix of students interested in Dutch, early American and Art history.

Email Wijnie de Groot at wed23-AT-columbia-DOT-edu for details of the schedule and to register for the course.

The Northeast Region’s New York City office announces the receipt of over 1,400 volumes of Civil War records previously held in Washington, DC. These volumes document arrested deserters, men enrolled for the draft, enlisted volunteers, and compiled statistics on the physical condition of recruits and military casualties for New York and New Jersey.

Record Group 110: Records of the Provost Marshal General’s Bureau (Civil War) will provide significant insight into the Civil War era for historians and for genealogists alike. The records cover New York (1861-1868) and New Jersey (1861-1868) and are arranged by draft board. The New York volumes consist of records from 31 districts, records for several state mustering points, and records of the Park and Broome Barracks of lower Manhattan. The New Jersey volumes consist of records from 5 districts, staff offices, and the Draft Rendezvous Station at Trenton.

While the detail within the records varies from district to district, they can be simply described as lists, reports, ledgers, and correspondence. Specifically, these records may include Registers of Enlistments, Substitutes, and Deserters; Descriptive Lists of Men Ordered To Report for Duty; Registers of Exemptions; Letters Regarding Medical Examinations of Draftees; and Letters Regarding Service. These series will include both those that served and those that didn’t serve in the military. Information about the individuals may include names, ages, occupations, physical and mental characteristics, birthplaces, and family relationships. Additionally, essential information concerning freedmen and the New York Draft Riots are included in several series.

The National Archives welcomes the general public, historians, genealogists, Civil War enthusiasts, and students to research these essential documents of our past. While the microfilm and online resources are available at all times, researchers are requested to make an appointment to use the original documents of Record Group 110.

The National Archives is open to the public Monday through Friday from 8:00 to 4:30 pm, and the first Saturday of each month 8:30 to 4 pm (computer and microfilm research only). The National Archives and Records Administration – New York office is located at 201 Varick Street, 12th Floor, New York, NY, 10014.

More from the National Archives: 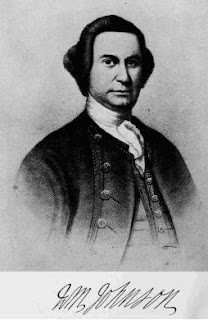 Twenty volumes of papers and correspondence of Sir William Johnson have been released in a revised second edition digital CD format by the New York State Library, which holds the papers. Johnson was British Superintendent of Indian Affairs in New York from 1755 through 1774. He is best remembered for his diplomatic achievements among the various Native American tribes and as a military leader during the French and Indian War. This set of primary documents dating from 1738 to 1808 provides a fascinating glimpse into the pre-Revolutionary interactions among the British, French, and Iroquois empires.

The Sir William Johnson Papers were originally published in 14 volumes of print, including a general index, from 1921 to 1965. Valuable for colonial research, the earliest six volumes have been out-of-print for years. The newly released CD is a revised and expanded second edition of an earlier CD released in 2007. It includes the complete 14 volume set along with the “Calendar of the Sir William Johnson manuscripts in the New York State Library” compiled by Richard E. Day in 1909. The
CD also features several enhancements, including: more than 100 newly digitized illustrations from the New York State Library collections; dozens of new color digital photographs of locations and scenes from the Mohawk Valley and Lake George appropriate to Johnson’s legacy, including Johnson Hall and Fort Johnson; improved accuracy of scans to nearly 98%; electronic indexing allowing simultaneous searching of the entire collection; and bibliographic consistency in volume and page numbering with printed volumes.

The CD is available from the New York State Library for $20. To purchase a copy, contact Aimee Pelton in Documents and Digital Collections via phone at (518) 474-7492 or email apelton-AT-mail-DOT-nysed-DOT-gov.