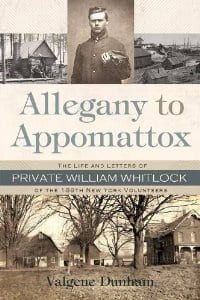 On September 7, 1864, William Whitlock, aged thirty-five, left his wife and four children in Allegany, New York, to join the Union army in battle. More than 100 years later, his unpublished letters to his wife were found in the attic of a family home.

These letters serve as the foundation for Allegany to Appomattox: The Life and Letters of Private William Whitlock of the 188th New York Volunteers, by Valgene Dunham (Syracuse Univ. Press, 2013), which gives readers a vivid glimpse into the environment and political atmosphere that surrounded the Civil War from the perspective of a northern farmer and lumberman. END_OF_DOCUMENT_TOKEN_TO_BE_REPLACED 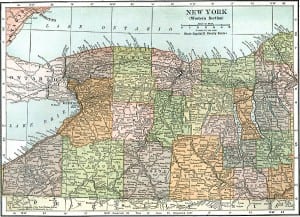 There are two regions which have Path through History plans listed on the ten Regional Economic Development Councils (REDEC) for New York State.

I’ve reviewed the Long Island region proposal here.  As will be seen, there are certain overlaps and parallels in their respective plans and differences as well between their plans and those of the Western New York region, which I’ll cover here. END_OF_DOCUMENT_TOKEN_TO_BE_REPLACED