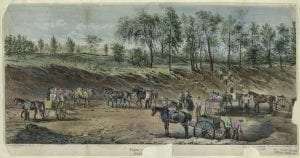 In the 1820s, bootblack and cartman Andrew Williams bought land in the primarily African American community of Seneca Village, which once thrived on land that is now part of Central Park, from West 83rd Street to West 89th Street. END_OF_DOCUMENT_TOKEN_TO_BE_REPLACED

The original statue of women’s rights pioneers Elizabeth Cady Stanton and Susan B. Anthony was redesigned to include Sojourner Truth after criticism that the original design excluded the contributions of people of color. It’s being sculpted by Meredith Bergmann. END_OF_DOCUMENT_TOKEN_TO_BE_REPLACED