The Empire State Aerosciences Museum is set to host their annual “Christmas in the Air” when Santa flies in from the North Pole by plane on Saturday, December 14th. Gates open at 10 am, following arrival at 11:30 am, Santa will be available for pictures which can be purchased on site. Hot dogs, pizza and more will be available for purchase as well as hot and cold beverages. Entry includes visiting with Santa, crafts, candy bomber story with candy drop and access to all the Museum buildings, including the Air Park with over 20 aircraft. END_OF_DOCUMENT_TOKEN_TO_BE_REPLACED 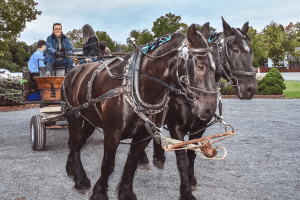 Goshen Historic Track and the Goshen Chamber of Commerce invites everyone to celebrate the Yuletide season at the “Cradle of the Trotter” on Saturday, December 7th.

The historic landmark will be part of Illuminate Goshen festivities that will begin at Burke Catholic High School and conclude with the Village of Goshen’s Annual Tree lighting in the center of town at 4:30 pm. END_OF_DOCUMENT_TOKEN_TO_BE_REPLACED 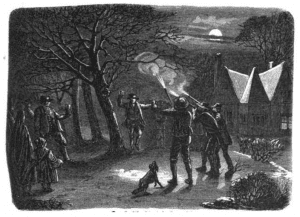 Christmas was a time for visiting family and friends in the 18th century. Enslaved people were often permitted to travel as well. But it was also an opportunity for roving bands of unemployed youths and workers to menace households for food and drink.

George Washington allowed his gardener enough money to get rip-roaring drunk for four days of the Christmas holiday and additional funds for more drinking on two other occasions during the year. It was customary for employers to release their workers to enjoy days of leisure time, often spent in a state of intoxication. END_OF_DOCUMENT_TOKEN_TO_BE_REPLACED 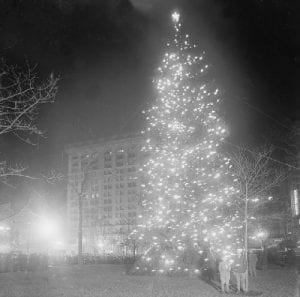 Community Christmas trees are an American tradition that bring people together regardless of income, faith, political persuasion, or pretty much anything that divides us. Whether sponsored by a city, town, church, or civic organization, community trees are placed in an outdoor public setting for anyone to enjoy.

It’s a rare treat to share something so nonpartisan: whatever you might personally like about the holidays is what you’ll take away from viewing the tree or sharing in song and merrymaking with fellow citizens. And it’s nice to know that America’s first community Christmas tree, the one that spawned a movement still going strong more than a century later, was an Adirondack balsam. END_OF_DOCUMENT_TOKEN_TO_BE_REPLACED

Have you ever wondered where the Christmas traditions of stockings, presents, and cookies come from?

What about jolly, old Saint Nicholas? Who was he and why do we often call him Santa Claus?

In this episode of Ben Franklin’s World: A Podcast About Early American History Peter G. Rose, culinary historian of Dutch foodways in North America and author of Delicious December: How the Dutch Brought Us Santa, Presents, and Treats (SUNY Press, 2014) joins us to discuss the origins of Santa Claus and edible goodies such as cookies in the United States. You can listen to the podcast here: www.benfranklinsworld.com/218

END_OF_DOCUMENT_TOKEN_TO_BE_REPLACED 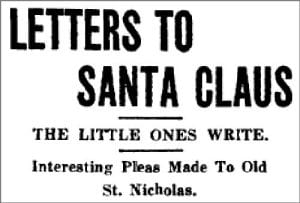 Plenty of laughs are scattered throughout this year’s collection of letters (unedited) to Santa. Check out the first two for an idea of what to expect. 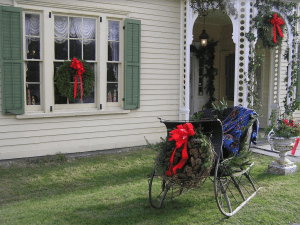 The Newburgh Historical Society is set to hold their annual holiday house tour on Sunday, December 16th from noon to 5 pm. The property will be decorated with 19th century style fresh flowers, fruit and greens, and at 4 pm, hear carols sung by a members of the Newburgh Chorale.

This year, the Socieety will be open for an additional weekend to give the community another opportunity to see the Crawford House decorated “to the nines” for the holidays. END_OF_DOCUMENT_TOKEN_TO_BE_REPLACED

Knox’s Headquarters in Vials Gate is set to celebrate Christmas on Saturday, December 15th from 5 to 8 pm.

The property will be decorated for Christmas and staffed by Revolutionary War era costumed interpreters. END_OF_DOCUMENT_TOKEN_TO_BE_REPLACED 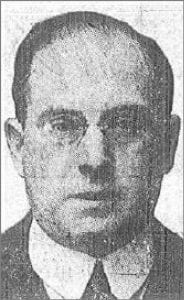 The collection of letters to Santa that appeared in this space last week epitomized life in the rural regions of northern New York a century ago. At Christmastime, children from families living a common, low-income existence asked Santa for the simplest of items: a pencil and notepad, candy and nuts, or clothing to keep them warm in the winter. Toys and playthings were often secondary requests if they appeared at all.

But the simple desires from long ago reflected something other than just poverty. A good number of rural folks were self-sufficient, and all family members, even young children, took part in the daily chores of life: working the fields and garden, milking cows, collecting eggs, adding logs to the fire, and so on. An early understanding of the effort behind daily sustenance was evident in children’s annual humble Christmas yearnings for pencils, books, and treats for the tummy, suggesting an appreciation for things in general, and gifts in particular.

Among those who came to the Adirondacks and developed a deep admiration for this rustic lifestyle was Samuel Coplon, who embraced the people, reciprocated their generosity, and in time became a nationally known hero of North Country Christmases, earning him the title Santa Claus of the Adirondacks. END_OF_DOCUMENT_TOKEN_TO_BE_REPLACED 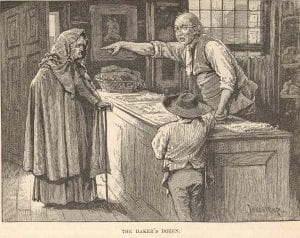 One Dutch legend grew up around the Oranje village baker who lived and ran his bakery on Pearl Street. It was this baker, Wouter Albertz vanden Uythoff commonly called Baas (Boss), who first baked the St. Nicholas cookie that so excited the children. Wouter Albertz vanden Uythoff used a cookie cutter to cut the images of St. Nicholas so only he could make the familiar cake.

Baas was Dutch from his big feet to his round bald head. Everything that was Dutch was right and everything else was wrong and that was all there was to it. He prided himself on his work, convinced that he was the best baker to ever live, and he probably wasn’t too far wrong. Everything he made was excellent and very decorative. Everyone wanted his cakes and cookies. END_OF_DOCUMENT_TOKEN_TO_BE_REPLACED