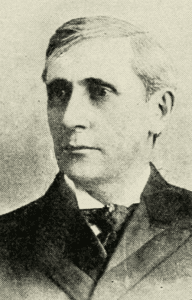 Much like the ‘information wanted’ ads that appeared in 19th Century Irish American newspapers I am posting this notice seeking information on an Irish American living in New York City in the late 19th Century. His name was Michael J. Kerwin, formerly of Philadelphia, and usually was identified either as Colonel or General Kerwin.

I am researching General Kerwin from my home in Sammamish, WA for an article about him for the New York Irish History Roundtable’s annual journal.  I have access to digitized historical newspaper archives and have scoured the internet.

Kerwin was commented on frequently in the New York City newspapers from the mid-1880s until 1900, but I have found no collection of personal papers, there is no file on him at the National Records Administration archives in St Louis and I have found just two images of him. Given his higher visibility and notoriety in the papers of his day, I’m hoping materials exists about his time in New York from 1870 to 1912, tucked away somewhere in New York.

END_OF_DOCUMENT_TOKEN_TO_BE_REPLACED 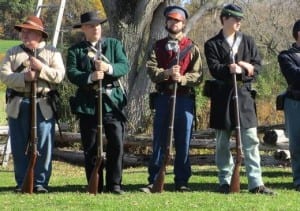 On Saturday, May 9 and Sunday May 10, the Old Stone Fort Museum Complex in Schoharie, NY will host an encampment and interactive program on the 1866 Fenian Raids.

The Fenian Raids of 1866 were conceived by a faction of the Fenian Brotherhood, organized in America to fight for the independence of Ireland from Britain. Many of the men were Irish-Americans who had fought in the Civil War. END_OF_DOCUMENT_TOKEN_TO_BE_REPLACED