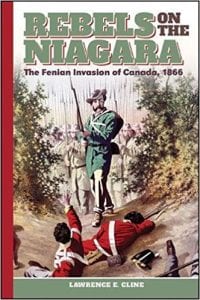 Lawrence E. Cline’s new book Rebels on the Niagara: The Fenian Invasion of Canada, 1866 (SUNY Press, 2017) takes a look at what is now largely considered a footnote in history, the American invasion of Canada along the Niagara Frontier.

The group behind the invasion – the Fenian Brotherhood – was formed in 1858 by Irish nationalists in New York City in order to fight for Irish independence from Britain. END_OF_DOCUMENT_TOKEN_TO_BE_REPLACED 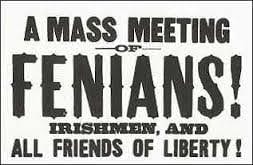 Today we would label them a “paramilitary organization.” In the years immediately following the American Civil War, life in the Adirondacks was briefly interrupted by the Fenians, also known as the Fenian Brotherhood.

The Fenian Brotherhood was an Irish Republican organization founded in New York in 1858 by John O’Mahoney. Their name is derived from legends about ancient Irish warriors called the Fianna.

Their goal was an Irish Republic free of British rule. END_OF_DOCUMENT_TOKEN_TO_BE_REPLACED