After moving to Binghamton from the City of New York in 1911, Fred C. Hazel’s civil rights work spurred his biographic inclusion in the 1915 edition of Who’s Who of the Colored Race.

His notable pre-1911 accomplishments included graduating from the Hampton Normal and Agricultural Institute (the Hampton Institute, who boasted Booker T., Washington as an alum), and owning a business, the Hampton Upholstering Company. After the 27-year-old man relocated to the Parlor City, he quickly pursued two ventures that were completed by the middle of 1912. END_OF_DOCUMENT_TOKEN_TO_BE_REPLACED 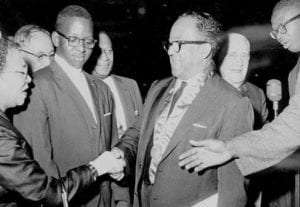 “Whether Binghamton appreciates good music and other cultural programs was a matter of dispute today.” This observation in The Binghamton Press on May 3, 1946 arose when the newspaper interviewed residents about an upcoming music festival.

If the newspaper had conducted the same interview when Langston Hughes, Paul Robeson, and Hazel Scott presented their “cultural programs” one year earlier, there would not have been many negative responses. As the Second World War drew to a close, the city welcomed three iconic African American artists. END_OF_DOCUMENT_TOKEN_TO_BE_REPLACED 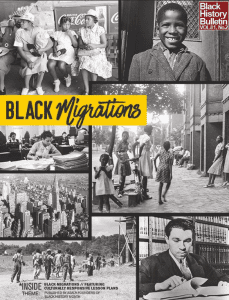 The Utica/Oneida County Branch NAACP is set to kick off Black History Month 2019 with its annual program at the History Center, set for Saturday, February 2nd, 2019 at 1 pm.

The program will feature guest speakers, music, and a variety of entertainment. This local celebration follows the 2019 national theme, Black Migrations, which emphasizes the movement of people of African descent to new destinations and subsequently to new social realities. END_OF_DOCUMENT_TOKEN_TO_BE_REPLACED

Shifting alliances can make strange bedfellows and surprising adversaries. The push to integrate the New York City Plumbers Union as the Civil Rights Act was cobbled together 50 years ago shows how our perceptions and expectations can change with time.

Not long before the landmark Civil Rights Act of 1964 was passed, construction began on what is now the Hunt’s Point Food Distribution Center, the largest food distribution complex in the world. Full integration of the union workers at Hunts Point, supported by many, might have derailed or undermined this important legislation. END_OF_DOCUMENT_TOKEN_TO_BE_REPLACED 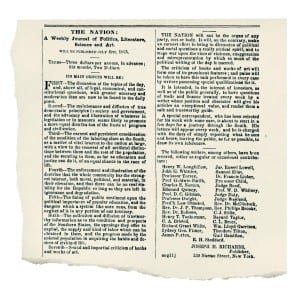 Just across Union Square from The Nation’s headquarters on Irving Place there stands a hole-in-the-wall falafel joint that some of the magazine’s employees— including, rumor has it, the author of this blog post — are known to frequent. Habitually. Like, every day. Sometimes twice. Like salmon swimming home.

Until recently, this behavior had long puzzled scholars — defying, it seems, all we think we know about the instinct to self-preservation. But actually it makes eminent good sense: the falafel joint’s address — 26 East 17th Street — once belonged to the first headquarters of the Union League Club, and it was there, one fateful night in the early summer of 1863, just days before the Battle of Gettysburg, at a clap of divine lightning, at the end of an eternal drum-roll, for good or for ill, depending on whom you ask, the magazine now known the world over as America’s oldest weekly was summoned from the ether and was born. END_OF_DOCUMENT_TOKEN_TO_BE_REPLACED