Learn more about the history of the Olympic Winter Games when Mark Friden speaks at noon on Thursday, January 18th, at the St. Lawrence County Historical Association.

The talk will cover his involvement in figure skating as a competitor and as an official, leading up to his work for ABC Sports as their technical consultant for figure skating at the Sarajevo Winter Olympics. Brown Bag Lunches are free and open to the public. Bring your own lunch and enjoy a beverage and dessert provided by SLCHA. END_OF_DOCUMENT_TOKEN_TO_BE_REPLACED 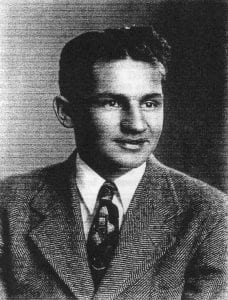 Long before the 2015 escape of Richard Matt and David Sweat, the word Dannemora instantly conjured images of the prison. While the high wall dominates the landscape, the village does have other historical connections, some of them in the world of sports, including one through the person of John “Jack” Lagree. Jack was a native of Churubusco, a tiny hamlet in northwestern Clinton County.

Blessed with engineering talent, mechanical skill, and a strong, traditional, North Country work ethic, he rose to national prominence in the world of bobsleigh competition (referred to hereafter by the more popular term, bobsled). END_OF_DOCUMENT_TOKEN_TO_BE_REPLACED 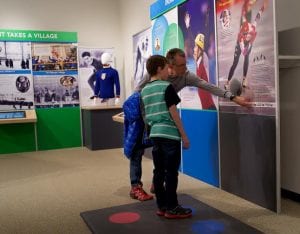 A new permanent exhibit has sped into the Lake Placid Olympic Museum that celebrates one of the original Lake Placid winter sports—speed skating. “Quest for Speed” features various displays explaining the history of the sport and its origins and impact in Lake Placid. 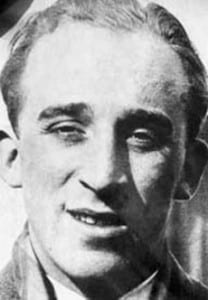 To most, Irving Jaffee will best be remembered for the two gold medals he won in the 1932 Olympics in Lake Placid. To others, he will forever be the man over whom two legendary Catskill hotels went to court one winter.

Jaffee was among the greatest speed skaters of his generation. He turned in the fastest time in the 10,000 meters at the 1928 Olympics in St. Moritz, only to have the event canceled without an official winner because unseasonably warm temperatures had thawed the ice. Four years later, in Lake Placid, Jaffe won gold medals in both the 5,000 and 10,000-meter races as American men swept all four speed skating events. END_OF_DOCUMENT_TOKEN_TO_BE_REPLACED 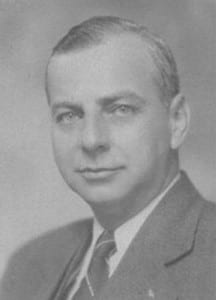 Among the folks who played an important role in Northern New York regional history and personified the traditional Christmas spirit was Willis Wells of Lake Placid.

Long before Willis gained attention, his father, Duran, a native of Peru, New York, had become a North Country fixture, operating a peddler’s cart in the post-Civil War years. From the shores of Lake Champlain to the Paul Smith’s area, he supplied homes and farms with the daily needs of life, an important function in those early days when stores visited many of their customers. END_OF_DOCUMENT_TOKEN_TO_BE_REPLACED 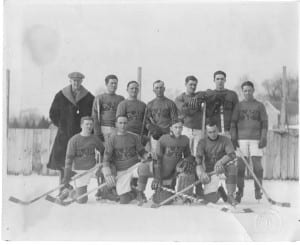 The Lake Placid-North Elba Historical Society has announced the third program of its 2014 “Odds and Ends” Winter Lecture Series on Wednesday, March 26, 2014 in the Legacy Room at the Lake Placid Convention Center. The lecture will begin at 7 p.m.

This program in the four-part series is titled, “A History of Hockey in Lake Placid” presented by Denny Allen, Butch Martin and Steve Reed. The Historical Society, the Olympic Museum and Northwood School will showcase a display of memorabilia. END_OF_DOCUMENT_TOKEN_TO_BE_REPLACED 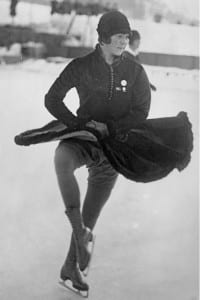 The Lake Placid Olympic Museum, located in the Olympic Center in Lake Placid, has announced the opening of their new, permanent exhibit, “Sonja Henie: Perfection on Ice.” Sonja Henie won more Olympic and World titles than any other ladies figure skater, to include three Olympic crowns and six European championship titles.

Her innovative skating techniques and glamorous demeanor transformed the sport permanently and confirmed its acceptance as a legitimate sport in the Olympic Winter Games. END_OF_DOCUMENT_TOKEN_TO_BE_REPLACED 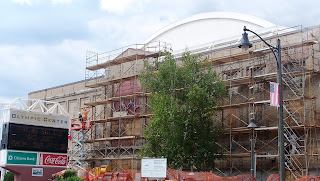 Renovation to the facade of the Lake Placid Olympic Center’s 1932 rink is underway. The contractors, J.T. Erectors, are restoring the structure to its original appearance in the 1930’s. Some of the work includes the installation of windows that have been enclosed by brink since prior to the 1980 Olympic Winter Games.

The revitalization project is being financed through the remaining funds from a grant through Empire State Development, which funded the construction of the newly completed Conference Center at Lake Placid. 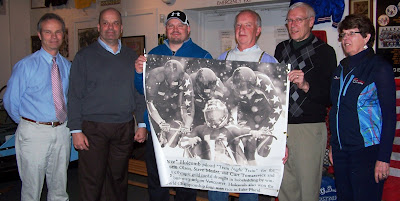 Phase-one of the International Sliding Sports Museum at the Olympic Sports Complex at Mt. Van Hoevenberg, in Lake Placid, is scheduled to debut this summer. 2012 world bobsled champion Steven Holcomb (center) was presented with a copy of his “Legends of Mt. Van Hoevenberg” poster during a ceremony held last Wednesday, at the Lake Placid Olympic Museum. The poster is part of the legends project, which was unveiled during the FIBT World Bobsled and Skeleton Championships, held in Lake Placid in February.

Billed as the first of its kind anywhere in the world, the museum will feature the history of the sports of bobsled, luge and skeleton and will also exhibits tracing the evolution of equipment and sections of past and present sliding tracks with a display explaining how those tracks were built. Plans are being developed for a historical walking tour of the 1932/1980 track and the new combined track with informational signage creating a self-guided exploration of the venue.

Organizers hope to build a comprehensive sliding display that will include historic race sleds, equipment, video, photographs, medals and trophies. Several of these items are already on display at the Olympic museum. 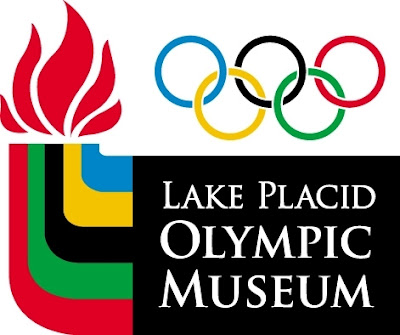 What’s in a name? Take the 1932 and 1980 Winter Olympic Museum as an example. When guests visit the museum, located in the Olympic Center in Lake Placid, N.Y., they believe that they’ll only view and experience artifacts from both the 1932 and 1980 Olympic Winter Games, but there’s so much more. Not only does the museum feature items from the two Games held in Lake Placid, displays also include pieces from every Olympic Winter Games dating back to 1924. That’s why the museum worked with the U.S. Olympic Committee to obtain International Olympic Committee (IOC) approval to change its name to the Lake Placid Olympic Museum.

“Visitors to the museum often said the collection represented more than the two Games held in Lake Placid and we agree that the name should reflect that,” said New York State Olympic Regional Development Authority (ORDA) president/CEO Ted Blazer. “The museum’s collections have grown over the years to encompass representation from each of the Olympic Winter Games, as well as the Olympic Games. With that expansion we felt it was important that the name of the museum mirror the breadth of the museum.”

Established in 1994, the Lake Placid Olympic Museum is the only one of its kind in the United States. In fact, it holds the largest Winter Games collection outside of the IOC’s Olympic Museum in Lausanne, Switzerland. It’s also the only museum to have received the Olympic Cup, which is the oldest award given by the IOC.

“As the collections have grown and the presentations have become wider in scope, so has the need to change the name,” added museum director, Liz De Fazio. “As we move forward in getting this museum to be a full member of the IOC’s Olympic Museum Network, I feel this will bring us closer to that international look and feel.”

The Lake Placid Olympic Museum is located at the box office entrance of the Olympic Center at 2634 Main Street and is open daily from 10 a.m.-5 p.m. Admission is $6 for adults, $4 for juniors and seniors, while children six and under are free. For more information about the museum, log on to www.whiteface.com/museum.