Greater Hudson Heritage Network has announced a behind-the-scenes walking tour of the Ossining Aqueduct Weir, set for Friday, May 31, 2019, from 5 to 7:30 pm. Attendees will meet at the Joseph Caputo Community Center in Ossining, and walk to the Weir on the Double Arch Bridge. END_OF_DOCUMENT_TOKEN_TO_BE_REPLACED 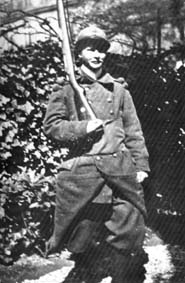 It’s a safe bet to say that most of the drivers and even the pedestrians who pass the building ever give a second thought to this modest structure. Even fewer know of the wartime exploits of Edmund Charles Clinton Genet and his ancestors, whose service to the United States goes back for five generations.

Genet was the great great grandson of Edmond-Charles Genet, also known as Citizen Genet, the French Ambassador to the United States shortly before the French Revolution. He is historically remembered for being the cause of an international incident known as the Citizen Genet Affair. END_OF_DOCUMENT_TOKEN_TO_BE_REPLACED

Perhaps you have never heard of Katherine Lawes. Katherine was the wife of Lewis Lawes, warden at Sing Sing Prison from 1920-1941.

Sing Sing had the reputation of destroying wardens. The average warden’s tenure before Lewis Lawes was two years. “The easiest way to get out of Sing Sing,” he once quipped, “is to go in as warden.” In his 21 years he instituted numerous reforms – and an important part of his success was due to his wife Katherine. END_OF_DOCUMENT_TOKEN_TO_BE_REPLACED 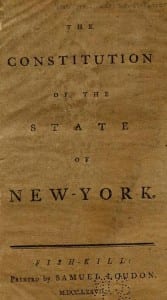 What better way to celebrate that important document that gave life to our State than to organize and conduct brief, unified, community-wide bell ringing event in as many of the cities, towns and villages in the State of New York as possible at their houses of worship and other institutions. END_OF_DOCUMENT_TOKEN_TO_BE_REPLACED 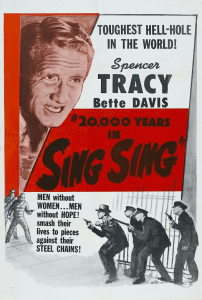 The Cayuga Museum will host a new film and guided discussion series titled “Exploring the Prison through Film: A Journey with Dr. Lucien Lombardo.” The series will show four films, each exploring a different theme within the context of imprisonment. Each film will be screened and then followed with a conversation guided by Dr. Lucien Lombardo, who will place the themes of the film in context in penal history.

The series begins on Tuesday, October 18 at 6 pm with the 1932 film “20,000 Years in Sing Sing,” starring Spencer Tracy and Bette Davis. Exploring the theme of managing a prison, this film was loosely based on an influential book by Lewis Lawes, Warden of Sing Sing. Scenes from the movie were filmed at Sing Sing, using real prisoners as extras. END_OF_DOCUMENT_TOKEN_TO_BE_REPLACED