How did Americans learn to establish philanthropic institutions?

In this episode of the Ben Franklin’s World: A Podcast About Early American History, Victoria Johnson, an Associate Professor of Urban Policy and Planning at Hunter College in New York City and author of American Eden: David Hosack, Botany, and Medicine in the Garden of the Early Republic (Liveright, 2018), leads us on an investigation of the life of Dr. David Hosack and the many organizations he founded, including the Elgin Botanical Garden.

END_OF_DOCUMENT_TOKEN_TO_BE_REPLACED

This week on The Historians Podcast Bob Cudmore’s guests have perspectives on the moon landing by American astronauts in 1969. Rod Pyle of NASA is author of First on the Moon and Professor Curt Breneman is Dean of Science at Rensselaer Polytechnic Institute in Troy. END_OF_DOCUMENT_TOKEN_TO_BE_REPLACED 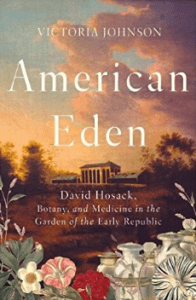 When Dr. David Hosack tilled what is believed to one of the country’s first botanical gardens in the Manhattan soil more than two hundred years ago, he didn’t just dramatically alter the New York landscape; he left a legacy of advocacy for public health and wide-ranging support for the sciences. END_OF_DOCUMENT_TOKEN_TO_BE_REPLACED 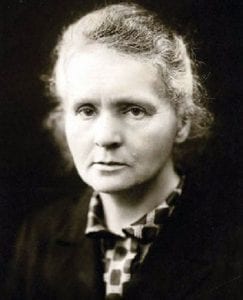 History credits the discovery of uranium to a German chemist, Martin Henrich Klaproth, in 1789. In 1896, just over a century later, a French chemist, Eugene-Melchior Peligot, discovered uranium’s radioactivity. Uranium ore, known as pitchblende, was revealed shortly after by Marie and Pierre Curie as the source of radium, which they mentioned as a possible future treatment for cancer.

Polish born Marie, (her name was Sklowdowska) was the first woman to win a Nobel prize, and the first person to win twice — in 1903, in physics, for her work on radiation, and in 1911, in chemistry, for discovering polonium and radium. Only she and Linus Pauling have won in two different fields. (She also developed the practical use for x-rays that dramatically enhanced patient care on the battlefields of World War I). END_OF_DOCUMENT_TOKEN_TO_BE_REPLACED 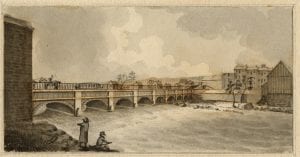 In the late 1700s and early 1800s, there were a growing number of adventurers anxious to explore the sea, find new lands, chart new islands, and if they made their fortune while doing it, all the better. There were also those just trying to get away from home and signing on to a whaling boat seemed the adventure of a lifetime. END_OF_DOCUMENT_TOKEN_TO_BE_REPLACED 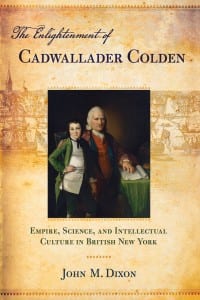 Was there a conservative Enlightenment? Could a self-proclaimed man of learning and progressive science also have been an agent of monarchy and reaction?

Cadwallader Colden (1688–1776), an educated Scottish emigrant and powerful colonial politician, was at the forefront of American intellectual culture in the mid-eighteenth century.

While living in rural New York, he recruited family, friends, servants, and slaves into multiple scientific ventures and built a transatlantic network of contacts and correspondents that included Benjamin Franklin and Carl Linnaeus. Over several decades, Colden pioneered colonial botany, produced new theories of animal and human physiology, authored an influential history of the Iroquois, and developed bold new principles of physics and an engaging explanation of the cause of gravity. END_OF_DOCUMENT_TOKEN_TO_BE_REPLACED 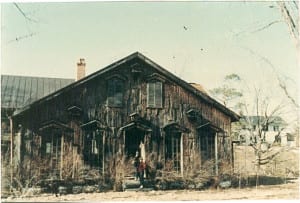 The important contributions to the field of ornithology of citizen-scientist Greene Smith have been obscured by the Underground Railroad and abolition fame of Smith’s father Gerrit Smith. As important and well-known as are the Underground Railroad sites on the Gerrit Smith Estate National Historic Landmark in Peterboro NY, it is Greene’s Ornithon that most piques visitors’ curiosity about the builder and collector of that bird museum.

This public fascination prompted Norm Dann to turn the focus of his Smith research to Greene Smith and his Birdhouse. Dann’s study of family letters, military records, Greene’s personal Catalogue of Birds, the pursuit of Greene’s hunting apparatus, and the ownership and investigation of the Birdhouse site, have culminated in the March printing of Greene Smith and the WildLife: The Story of Peterboro’s Avid Outdoorsman – the first publication on this absorbing story. END_OF_DOCUMENT_TOKEN_TO_BE_REPLACED 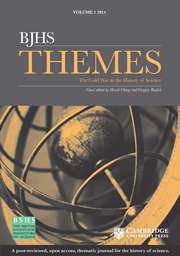 Cambridge University Press and the British Society for the History of Science (BSHS) have announced their partnership to launch a new, peer-reviewed, open access, thematic journal, for the history of science. A call for proposals for the first volume of BJHS Themes has been released, seeking thematic collections of papers that animate, provoke and inspire the scholarly community.

Each volume of the journal will be free to read online from the date of its publication. By launching the journal in this way, the BSHS and Cambridge will encourage widespread engagement with the important ideas each volume will present, stimulating public and scholarly debate that will enhance our collective understanding of science in history.To fully promote onward exploration of each volume’s theme, the journal will use a Creative Commons license that permits re-use and dissemination. END_OF_DOCUMENT_TOKEN_TO_BE_REPLACED 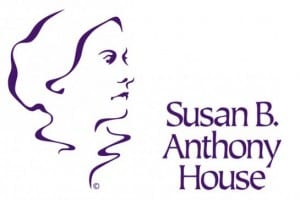 The National Susan B. Anthony Museum & House has announced that its’ keynote speaker for the 2015 Susan B. Anthony Birthday Luncheon will be Lynn Sherr, Pulitzer Prize-winning journalist and biographer. The 2015 luncheon theme, Thanks to Susan B., We Can Reach For the Stars!, a celebration of the impact Susan B. Anthony’s life and work has had on subsequent generations of women. END_OF_DOCUMENT_TOKEN_TO_BE_REPLACED 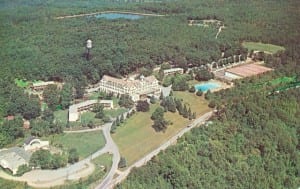 In the middle of September of 1959, more than160 of the world’s most prominent scientists– eight of whom would go on to earn a Nobel prize– gathered at a remote mountain lodge for three days of discussions that have become known as “the conference that changed the world.”

The remote mountain lodge that played host to this groundbreaking get together was not in the Swiss Alps or the Himalayas of Tibet, but in Sullivan County, New York. END_OF_DOCUMENT_TOKEN_TO_BE_REPLACED