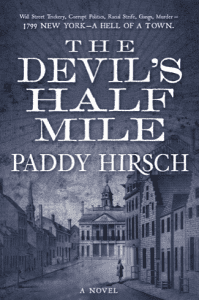 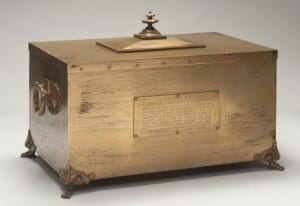 In 1914, a time capsule marking the tricentennial of the New Netherland Company charter was put on deposit at the New-York Historical Society by the Lower Wall Street Business Men’s Association.

It was intended to have been opened in 1974. As the opening date passed without notice, New-York Historical’s curators and historians decided to open it in 2014 to mark the quadricentennial of the New Netherland Company. END_OF_DOCUMENT_TOKEN_TO_BE_REPLACED 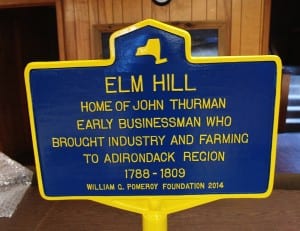 The Townships of Johnsburg and Thurman were named for John Thurman when Warren County was split off from Washington County in 1816. Beyond the boundaries of these two townships, however, few have heard of him or his accomplishments.

The story of John Thurman is an important chapter in the history of the Adirondacks. For too many, Adirondack history is limited to the great camps, guide boats, and environmental protection. Yet there is so much more.

For hundreds of years the Adirondacks were a dark and dangerous place; anyone traveling through the area had best be well-armed. However, after the American Revolution the Adirondacks became, for the first time, a land of great opportunity, ready for exploration and commercial enterprises. END_OF_DOCUMENT_TOKEN_TO_BE_REPLACED 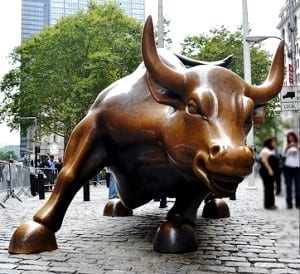 I recently returned from the 35th annual conference on New York State History in Poughkeepsie, which I attended for the first time. I understand this was the largest convocation of history professionals in New York State, and that the attendance at this conference was the highest ever. As my perspective and background is perhaps slightly different from most attendees at the conference, I feel it appropriate to provide certain observations.

Unfortunately, while others at the conference were somewhat more upbeat, my perception is that for the reasons set forth below there is at all levels an appalling lack of knowledge about critical elements of the history of New York State, and that we as a society suffer from this lack of knowledge every day. While I believe there are individuals in the history community who are in good faith seeking to address this problem, I am not sure that the efforts are close to adequate.

END_OF_DOCUMENT_TOKEN_TO_BE_REPLACED 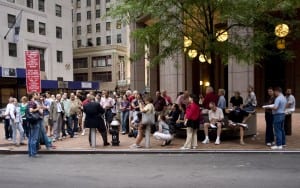 The annual guided walking tour of Lower Manhattan featuring the Great Crash of 1929, sponsored by the Museum of American Finance, will be held on Saturday, November 2, 2013 at 1 pm, (no tour in inclement weather).

This is the 26th anniversary of this unique tour, the only regularly-scheduled event that commemorates the Great Crash of 1929, the Panic of 1907 and the 1987 stock market collapse. It delves into the political, financial, real estate and architectural history of Wall Street and New York City. END_OF_DOCUMENT_TOKEN_TO_BE_REPLACED 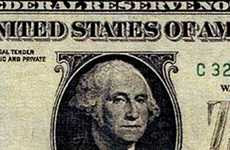 On Tuesday, November 8, the Museum of American Finance will open “Checks & Balances: Presidents and American Finance,” an exhibit on the financial challenges faced by American Presidents both in the Oval Office and in their personal lives.

From its inception as an experiment in a new kind of democratic government, the US has faced a panoply of economic and financial challenges. More often than not, it was the President to whom the nation turned to tackle these problems.

Designed as an ongoing series of rotating exhibitions, the inaugural installment of “Checks & Balances” will focus on the national and personal fiscal policies of five of the most well-known Presidents: George Washington, Andrew Jackson, Abraham Lincoln, Franklin Delano Roosevelt and Woodrow Wilson. The exhibit will introduce important Treasury secretaries and track significant financial markers, such as GDP, presidential salary and the consumer price index. It will then delve into the personal finances of the Presidents, including their economic backgrounds and their own banking practices.

“The exhibition will seek to create a dialogue between the nation’s financial past and the present, presenting the legacy and long-term impact of the Presidents’ financial policies on today,” said Wright.

Exhibit Opening Event: All are welcome to attend a reception to open “Checks & Balances” on Tuesday, November 8, from 5 – 7 pm. The event is open to the public; tickets cost $10 per person and are free for Museum members. For information and reservations, please contact Tempris Small at 212-908-4110 or tsmall@moaf.org. Working members of the press should contact Kristin Aguilera at 212-908-4695 or kaguilera@moaf.org for media access.

“Checks & Balances: Presidents and American Finance” is sponsored by Con Edison. It will be on display through November 2012. 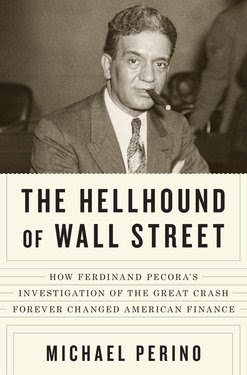 In the aftermath of the financial crisis of 2008, the image of Wall Street’s most influential powerbrokers being called before Congress to give an accounting of their actions will not soon be forgotten. One name was repeatedly invoked during this time, a reminder of when the government first had to step in to protect the American people from Wall Street’s excessive greed: Ferdinand Pecora.

In the winter of 1933, Ferdinand Pecora took the reins of the bumbling Senate investigation of the 1929 crash. He was an unlikely hero: Sicilian-born, stout, with little experience in the Wall Street realm, he nevertheless created the sensational headlines needed to galvanize public opinion for reform. The hearings, under his leadership, spurred Congress to take unprecedented steps to rein in the free-wheeling banking industry, and led directly to the New Deal’s landmark economic reforms.

Now, Michael Perino’s The Hellhound Of Wall Street: How Ferdinand Pecora’s Investigation of the Great Crash Forever Changed American Finance, tells the story of Pecora’s pursuit of the “banksters” of Wall Street. The story a resonates so powerfully even today that Nancy Pelosi, Frank Rich, and Ron Chernow, among others, have publically referred to his legacy.

The Pecora commission brought an end to Washington’s traditionally hands-off approach to the stock market and led directly to the creation of the SEC and other landmark financial reforms that still govern our markets today.

In Hellhound Of Wall Street, Congressional hearings become high-stakes courtroom drama, with an inspiring tale of an unlikely hero’s triumph over powerful interests. Michael Perino provides a minute-by-minute account of the ten dramatic days when Pecora turned the hearings around, cross-examining the officers of National City Bank (today’s Citigroup), particularly its chairman, Charles Mitchell, one of the best known bankers of his day.

Mitchell strode into the hearing room in obvious disdain for the proceedings, but he left utterly disgraced. Pecora’s rigorous questioning revealed that City Bank was guilty of shocking financial abuses, from selling worthless bonds to manipulating its stock price. Most offensive of all, and all too familiar sounding today, was the excessive compensation and bonuses awarded to its executives for peddling shoddy securities to the American public.

A gripping courtroom drama with remarkable contemporary relevance, Hellhound Of Wall Street brings to life a crucial turning point in American financial history and reminds us again of the delicate and crucial relationship between Wall Street and government.

Michael Perino is the Dean George W. Matheson Professor of Law at St. John’s University School of Law. A former Wall Street litigator, Perino has authored numerous articles on securities regulation, securities fraud, and class action litigation. He has testified in both the United States Senate and the House of Representatives and is frequently quoted in the media on securities and corporate matters. He has appeared on NPR’s “All Things Considered”, “Morning Edition”, and “Marketplace”, and on “Bill Moyers’ Journal” on PBS, and on CNBC. 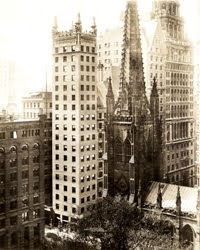 Organized by The Skyscraper Museum in partnership with the Museum of American Finance, “Whither Wall Street” will address the changing fortunes of Wall Street –– not the forecast of financial markets, but the architectural assets and liabilities of the physical place. The panel discussion, part of the American Museum of Finance’s 2010 Henry Kaufman Lecture/Symposia Series, will take place Wednesday, October 13, 2010 from 6 to 7:30 PM.

A diverse panel of experts will discuss the recent history and possible futures of one of America’s most famous streets. Key topics include the widespread conversion of office buildings to residential, hotel and retail uses and the new demands on the design of the public realm that need to serve the conflicting needs of both access and security of a post-9/11 world.

Kent Swig, President of Swig Equities, LLC; owner of a portfolio of properties on Wall Street and in the financial district

The panel discussion will be followed by a question and answer session and reception. Reservations required. Admission is free for students and members of the Museum of American Finance and the Skyscraper Museum, or $15 for non-members. For additional information, contact Lindsay Seeger at 212-908-4110 or lseeger@moaf.org.

Professor Alan Singer of Hofstra University has a new book New York and Slavery: Time to Teach the Truth

about the complicity of Wall Street institutions in southern slavery. It’s recently been reviewed at the History News Network by William Katz (author of Black Legacy: A History of New York’s African American

). Katz argues that no longer can New York educators and historians ignore the facts about the role New York played in slavery. Here is an excerpt from Katz’s review:

Slavery began in the city soon after the Dutch landing in 1609, and enslaved Africans became vital to the colony’s economy. Africans built the first homes, brought in the first crops, turned an Indian path into Broadway, and built the wall at Wall Street. When it became the British colony of New York its bankers and merchants so successfully invested in the international African trade they made it the slave-traders’ leading port. After the Revolution, with the city leading the way, slavery and its profits grew in the land of the free. A greater percentage of white households in Brooklyn, Queens and Staten Island owned slaves than in South Carolina. The world’s first stock exchange opened in New York in 1792 and half of its 177 stockholders owned slaves. Africans were auctioned to bidders at Wall Street and other city markets. Forced labor made the Empire State…

New York and Slavery indicts a host of prominent New York mercantile and banking families and corporations such as Citicorp which first made its name in the slave trade. Slaveholder names currently grace our buildings, bridges, parks, streets, and schools. This, Singer shows, teaches our children to celebrate men who benefited from the African trade, southern slavery and bondage in New York.